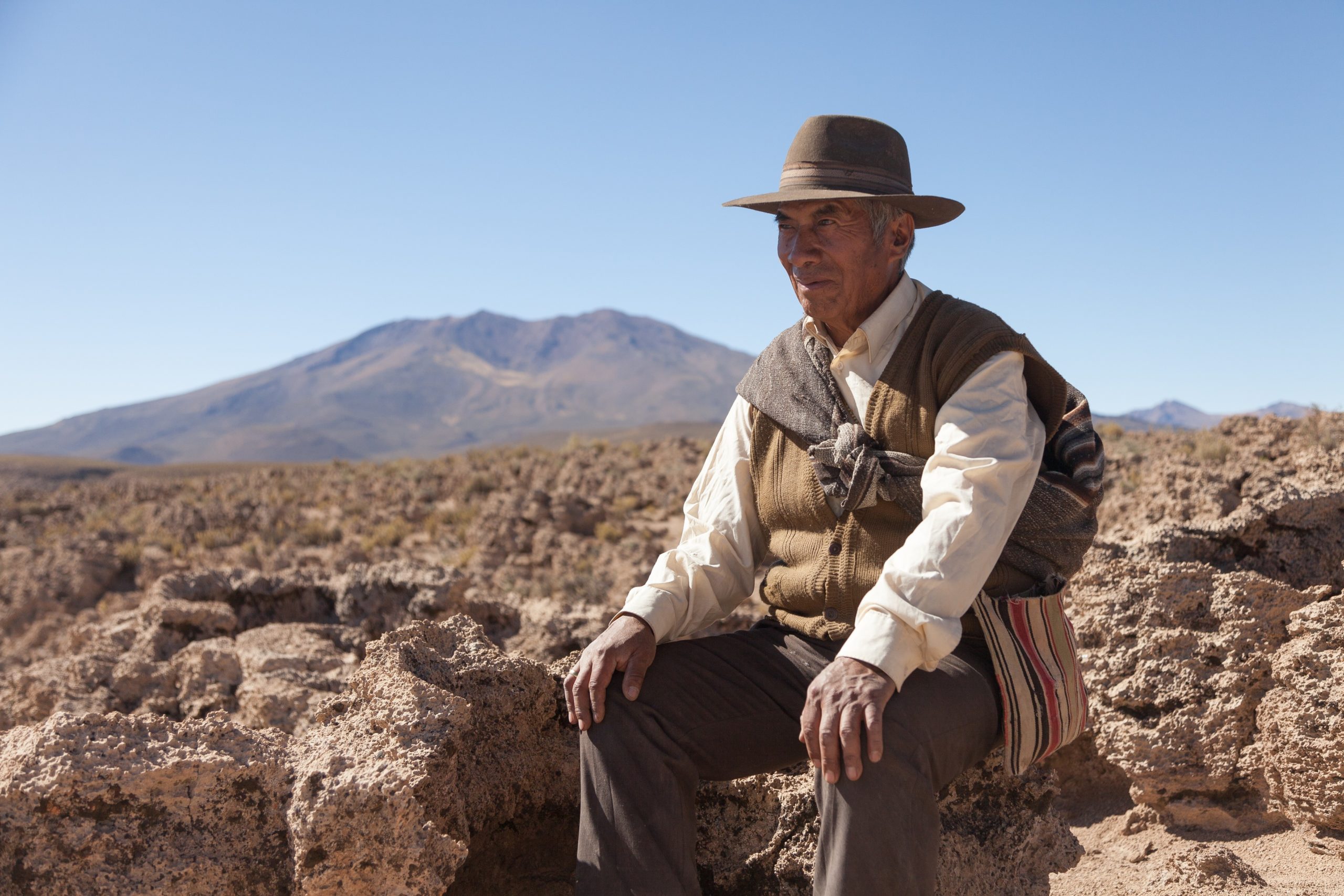 In the arid Bolivian highlands, an elderly Quechua couple has been living a tranquil life for years. While he takes their small herd of llamas out to graze, she keeps house and walks for miles with the other local women to fetch precious water. When an uncommonly long drought threatens everything they know, Virginio and Sisa must decide whether to stay and maintain their traditional way of life or admit defeat and move in with family members in the city. Their dilemma is precipitated by the arrival of their grandson Clever, who comes to visit with news. The three of them must face, each in their own way, the effects of a changing environment, the importance of tradition, and the meaning of life itself. This visually jaw-dropping debut feature by photographer-turned-filmmaker Alejandro Loayza Grisi is lensed by award-winning cinematographer Barbara Alvarez (Lucrecia Martel’s The Headless Woman) and won the Grand Jury Prize (World Cinema Dramatic) at the Sundance Film Festival.

This website uses cookies to improve your experience while you navigate through the website. Out of these cookies, the cookies that are categorized as necessary are stored on your browser as they are essential for the working of basic functionalities of the website. We also use third-party cookies that help us analyze and understand how you use this website. These cookies will be stored in your browser only with your consent. You also have the option to opt-out of these cookies. But opting out of some of these cookies may have an effect on your browsing experience.
Necessary Always Enabled
Necessary cookies are absolutely essential for the website to function properly. This category only includes cookies that ensures basic functionalities and security features of the website. These cookies do not store any personal information.
Non-necessary
Any cookies that may not be particularly necessary for the website to function and is used specifically to collect user personal data via analytics, ads, other embedded contents are termed as non-necessary cookies. It is mandatory to procure user consent prior to running these cookies on your website.
SAVE & ACCEPT
November 17, 2022 Updated: 3 months ago