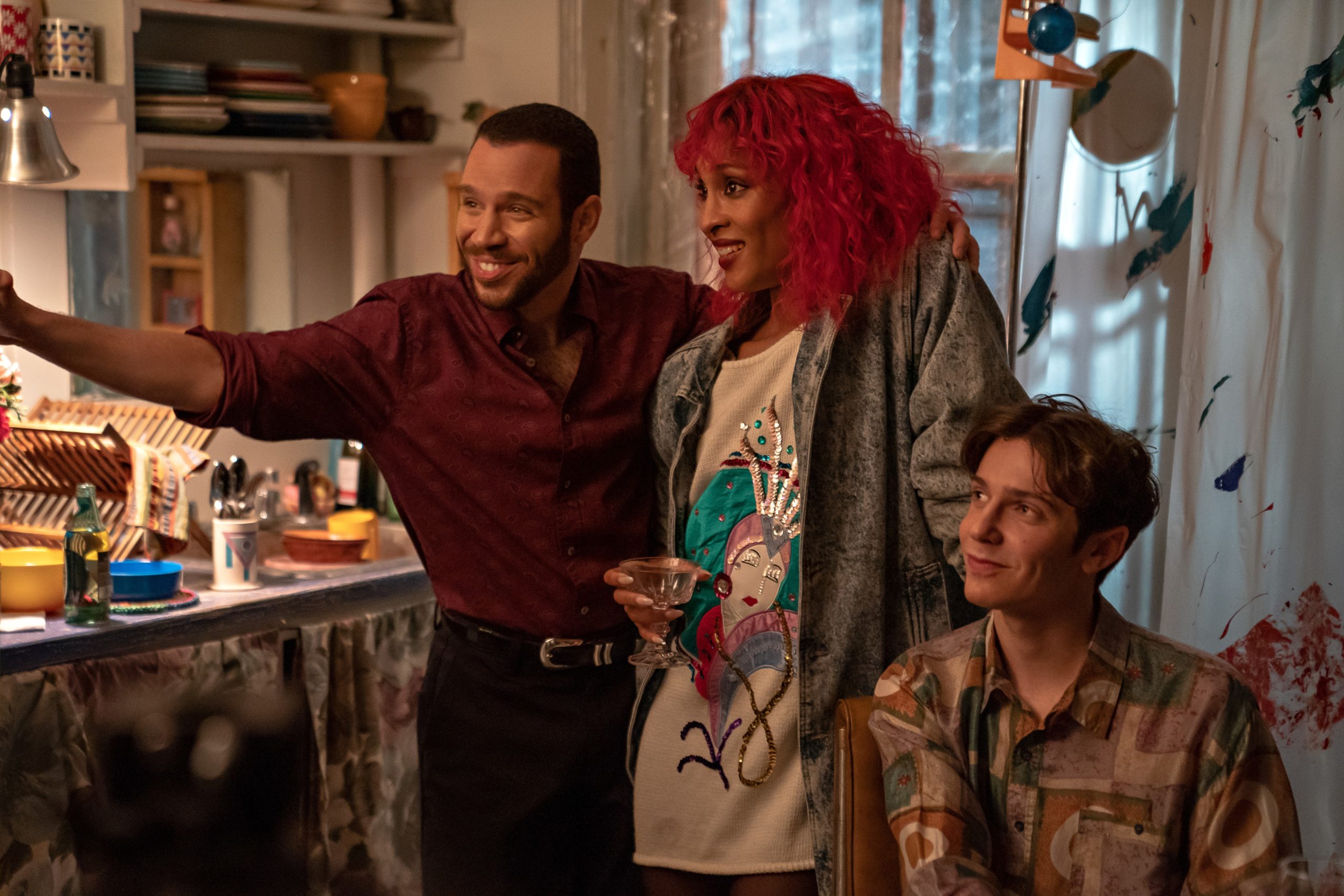 Pulitzer Prize and Tony Award winner Lin-Manuel Miranda makes his feature directorial debut with tick, tick…BOOM!, an adaptation of the autobiographical musical by Jonathan Larson, who revolutionized theater as the creator of Rent. The film follows Jon (Academy Award nominee and Tony Award winner Andrew Garfield), a young theater composer who’s waiting tables at a New York City diner in 1990 while writing what he hopes will be the next great American musical. Days before he’s due to showcase his work in a make-or-break performance, Jon is feeling the pressure from everywhere: from his girlfriend Susan, who dreams of an artistic life beyond New York City; from his friend Michael, who has moved on from his dream to a life of financial security; amidst an artistic community being ravaged by the AIDS epidemic. With the clock ticking, Jon is at a crossroads and faces the question everyone must reckon with: What are we meant to do with the time we have? tick, tick…BOOM!

In 1992, Jonathan Larson performs his rock monologue Tick, Tick… Boom! at New York Theatre Workshop, accompanied by friends Roger and Karessa. He describes an incessant ticking noise he hears in his head, and begins to tell his story.

In 1990, Jonathan juggles work at the Moondance Diner in SoHo with preparing for a workshop of his musical and passion project Superbia.

He feels pressure to be successful before he turns 30: with his birthday a week away, he sees the workshop as his last chance. He has a party at home with friends, including his former roommate Michael, his girlfriend Susan, and fellow waiters Freddy and Carolyn.

Susan tells Jonathan about a teaching job at Jacob’s Pillow and asks him to come.

Michael, who previously left theater for a lucrative advertising career, sees Susan’s offer as an opportunity for Jonathan to consider a serious future, and invites Jonathan to join an advertising focus group at his company. Jonathan’s producer Ira asks him to write a new song for Superbia because the story needs it.

This troubles him, as his idol Stephen Sondheim told him the same at a composing workshop some years ago, but he can’t come up with anything and he only has a week. Jonathan finds himself unable to concentrate on preparing for the workshop as he thinks about Michael and Susan’s offers.

His anxieties are only compounded when he learns from Carolyn that Freddy, who is HIV-positive, has been hospitalized.

Susan, frustrated by Jonathan’s indecisiveness and obsession with his career, breaks up with him.

To get money to hire a full band for the workshop, Jonathan attends the advertising focus group. However, he deliberately sabotages it, angering Michael, who feels Jonathan is wasting the privilege to have a life with the person he loves on a financially unstable theater career, something Michael cannot do as a gay man in the AIDS crisis.

After receiving an encouraging call from his agent Rosa, Jonathan tries to write the new song the night before the workshop but his power gets cut off. He heads to a swimming pool to vent his frustrations over the workshop and his personal life, before finally coming up with the new song.

At the workshop are friends, family, and industry professionals, including Sondheim. Jonathan receives praise but no offers to produce Superbia. Rosa encourages him to continue writing, telling him that rejection is the life of a Broadway writer.

Discouraged, Jonathan begs Michael for a corporate job, but Michael changes his mind after seeing the workshop and urges Jonathan to continue in musical theater, revealing he is HIV-positive. Grasping that his career obsession has cost him Susan and harmed his friendship with Michael, Jonathan wanders through New York before finding himself at the Delacorte Theater. He finds a piano and reflects on his friendship with Michael and the sacrifices he must make for his career.

He and Michael reconcile.

On the morning of Jonathan’s 30th birthday, Sondheim calls, congratulating him and wanting to talk more about Superbia, lifting his spirits. Holding his birthday party at the Moondance Diner, he is relieved to hear Freddy is to be discharged from the hospital. Susan gifts him blank sheet music paper to help in his career and they part on amicable terms.

She narrates that his next project was Tick, Tick… Boom!, before he returned to working on a previous project, which became Rent. She reveals he died of an undiagnosed aortic aneurysm the night before Rent began previews Off-Broadway. He never experienced the success he desired, but his work lives on.

In 1992, Jonathan performs the final song from Tick, Tick… Boom! as he optimistically looks to the future.