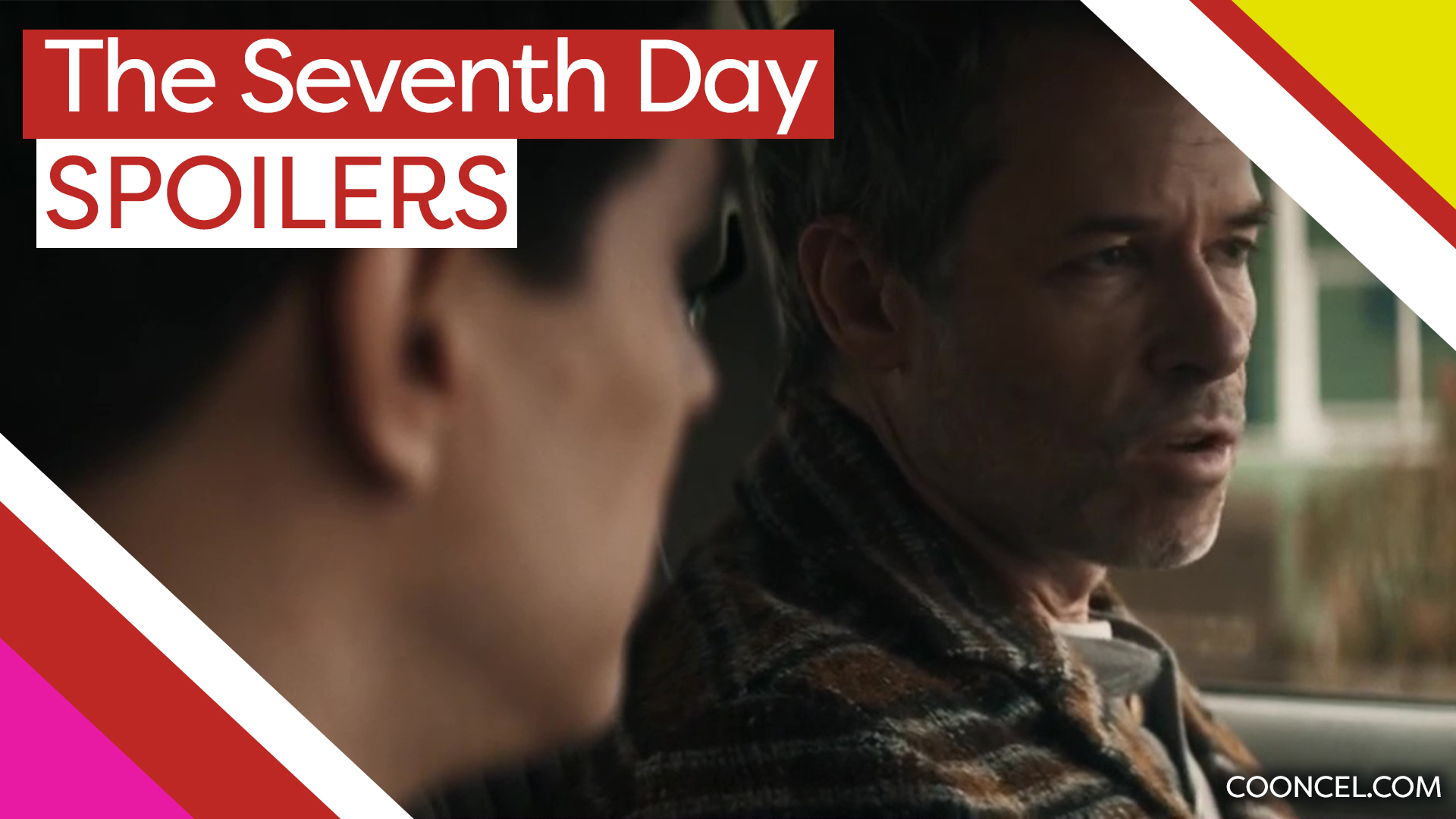 A rookie priest arrives for his first day of training with a renowned exorcist. As they plunge deeper into hell on Earth, the lines between good and evil blur and their own demons emerge.

A movie starts on October 8th, 1995 in Baltimore, Maryland. Young priest, Peter Costello, is preparing his mentor, Father Louis, for a ceremony of exorcism for a 10-years old boy Nicholas “Nicky” Miller. Demon kills Father Louis by shooting a pectoral cross in his throat. It is later revealed that the boy has also died (burned alive) as Peter was not able to banish the demon.

Peter takes Daniel to the homeless shelter, which is run by a nice old lady, as a test for Daniel to find someone possessed with a demon and exorcise it. He finds an unstable man and tries to perform an exorcism on him. An old lady appears and asks them both to leave. Peter asks Daniel to say aloud a weird word.

Suddenly it is revealed an old lady is the one who is possessed, and it was the demon’s name Daniel just pronounced. He fails to exorcise the demon and Father Peter does it.

As another test, Peter takes Daniel to the house where a boy Charlie Giroux killed his entire family in the morning. He sees visions of the boy and his family in an empty house and Peter tells Daniel it is his case now.

Daniel decides to meet the boy in the prison. He wants to confirm Charlie is possessed by a demon. He gets confirmation and a message from the demon, that they are everywhere and something big is coming.

They continue to investigate and find Charlie’s friends who show them the Ouija board, which was the reason behind Charlie’s possession by the demon in the first place.

Daniel uses the Ouija board to get in contact with the demon and succeeds. The demon shows Daniel the visions of Charlie’s family as he was killing them one by one.

Peter and Daniel get permission from the archbishop to perform an exorcism on Charlie and they go to a police station where he is being evaluated by a forensic psychologist.

Daniel comes in and the demon reveals itself once again, saying that it is just the beginning. Demon shows Daniel the image of burning Nicky, a boy from the beginning of the movie.

Charlie goes on a killing spree. He starts with killing three police officers. Then he kills a forensic psychologist whom he earlier stuck a pencil in the palm.

Daniel runs away, discovering dead bodies all over the building. He meets Charlie who is covered in blood. Charlie looks at Peter and points him as a man from his visions.

Peter and Daniel get Charlie out of the police to perform the ceremony in Charlie’s family house.

Daniel secretly calls Father Kevin, a nephew of the old lady working in the archbishop’s office. He cryptically tells Daniel that one task is left before Daniel can join “them”, and then laughs. Peter sees this but says nothing.

During the ceremony of exorcism, Peter tells Daniel that no one can help him, and it is all up to him.

After some time Father Daniel realizes that it is Father Peter who is possessed by the demon.

Daniel starts performing an exorcism on him, but he disappears with Charlie. Peter, or more precisely, a demon who possesses Father Peter’s body attacks Daniel, but he stabs the demon in the neck with a pectoral cross, killing him right away. The demon tries to possess Daniel, but he resists. Daniel finds Charlie under the bed and they go away.

Archbishop gives Daniel files for all the priest recruits who were trained by Father Peter. Father Daniel wants to find them all so that to perform the ceremony of exorcism or kill them just like he killed Father Peter.

Father Peter Costello was possessed by the demon, who previously possessed 10-years old boy Nicky. All the ceremonies of exorcism performed by Peter for the last 25 years were quite the opposite – the demon was creating a network of demon-possessed priests who were turned when trying to exorcise the demons out of children, with Charlie being just one of them. The “task” Daniel had to perform was aimed at allowing the demon currently in Charlie’s body to possess Daniel, thus creating one more possessed priest. The ultimate goal was to create an army for the Lord of Hell.

This website uses cookies to improve your experience while you navigate through the website. Out of these cookies, the cookies that are categorized as necessary are stored on your browser as they are essential for the working of basic functionalities of the website. We also use third-party cookies that help us analyze and understand how you use this website. These cookies will be stored in your browser only with your consent. You also have the option to opt-out of these cookies. But opting out of some of these cookies may have an effect on your browsing experience.
Necessary Always Enabled
Necessary cookies are absolutely essential for the website to function properly. This category only includes cookies that ensures basic functionalities and security features of the website. These cookies do not store any personal information.
Non-necessary
Any cookies that may not be particularly necessary for the website to function and is used specifically to collect user personal data via analytics, ads, other embedded contents are termed as non-necessary cookies. It is mandatory to procure user consent prior to running these cookies on your website.
SAVE & ACCEPT
March 23, 2021 Updated: 2 years ago