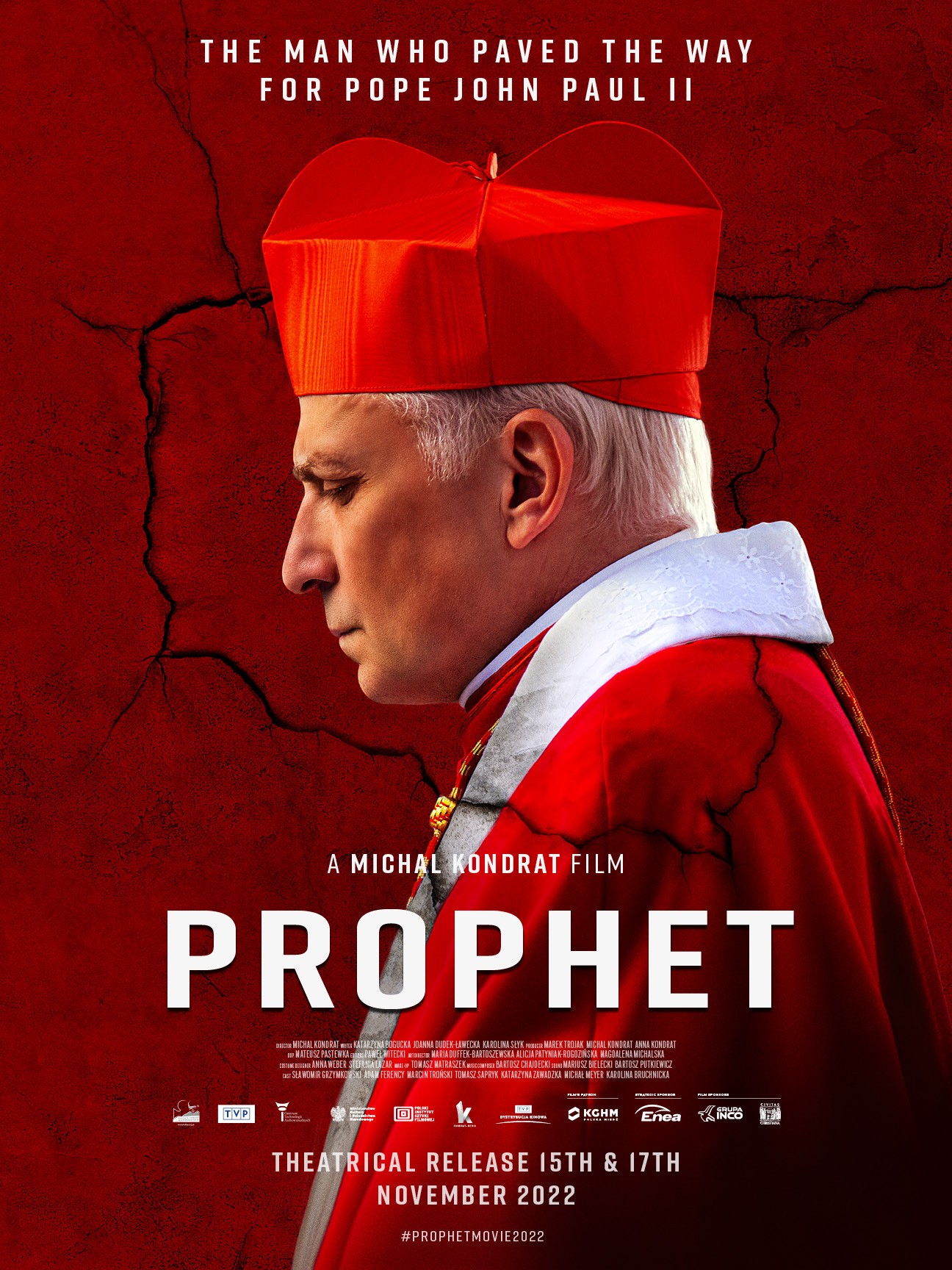 PROPHET is a new feature film about Cardinal Stefan Wyszyński — the Primate of Poland, who, after three years of imprisonment at the hands of the communist regime, is later restored as the head of the Church in Poland. The film brings to a wider view the unknown threads from the heroic life of Cardinal Wyszyński on the canvas of historical events important for Poland and the world. The film depicts an adamant leader who was fearless in facing communists and their agenda is to destroy the Church. Despite the threats, Cardinal Wyszyński is a man of great faith whose vision goes beyond the danger posed by his opponents. What does the PROPHET see? He sees Karol Wojtyła, who will be nominated a bishop, and later cardinal upon his request. In 1978 Karol Wojtyła became Pope and played a major role in the collapse of communism in Europe. The unwavering faith and consistent attitude of one of the greatest spiritual leaders in Poland along with his promotion of love, freedom and the dignity of every person become a prologue to the fall of communism and a spiritual rebirth of Poland and Eastern Europe.