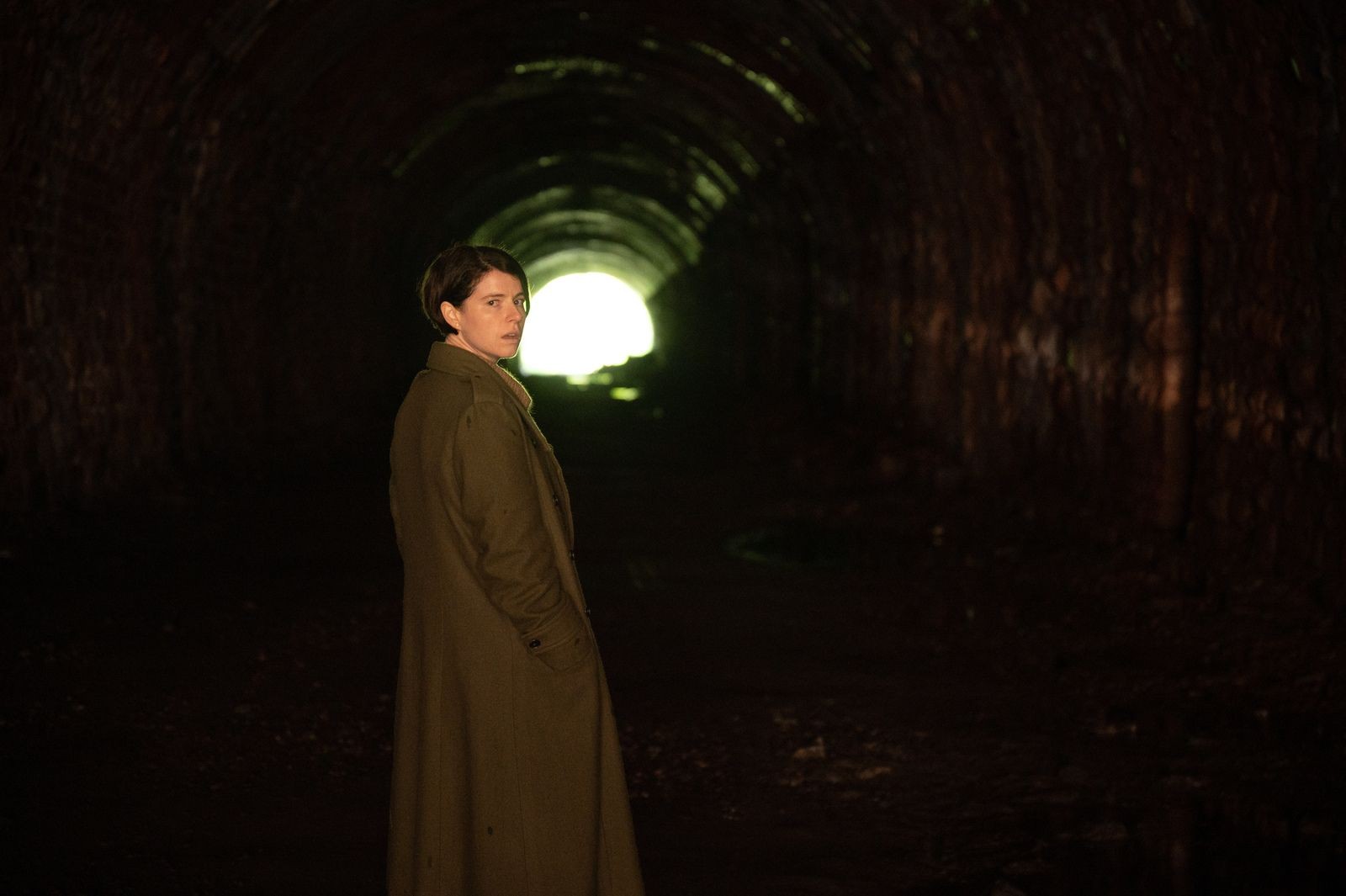 In the aftermath of a personal tragedy, Harper (Jessie Buckley) retreats alone to the beautiful English countryside, hoping to have found a place to heal. But someone or something from the surrounding woods appears to be stalking her. What begins as simmering dread becomes a fully-formed nightmare, inhabited by her darkest memories and fears in visionary filmmaker Alex Garland’s (Ex Machina, Annihilation) feverish, shape-shifting new horror film.

Harper Marlowe decides to spend a holiday alone in the small village of Coston following the apparent suicide of her husband James.

In flashbacks, it is revealed that Harper, fed up with James’ frequent emotional outbursts, intended to divorce him, leading him to threaten her with his suicide and eventually strikes her when she continues to rebuff him.

Harper locks James out of the flat, and watches as he falls from an upstairs balcony to his death, being partially impaled by a fence.

Sometime later, Harper arrives at the house that she is renting, where she is met by its owner, Geoffrey. Harper ventures into the woods and is chased by a mysterious person at a tunnel, before she escapes.

Reaching an open field, she takes a picture with her phone, inadvertently capturing a naked man standing on the other side of the fence. Later, as Harper is video chatting with Riley, she discovers the naked man in her yard who has followed her from the tunnel.

She calls the police, and he is arrested. Harper goes to a church where she meets a young boy and a vicar who both bear a likeness to Geoffrey, and the latter tries to justify James hitting her.

At a pub, one of the policemen (who also looks like Geoffrey) informs Jessie that due to a lack of evidence of being a threat, the naked man has been released.

She tells Riley about this, and she agrees to come in the morning, but as Harper attempts to send her the address, her service is repeatedly interrupted.

She sees the policeman in her yard, but as her lights flicker, he changes into the young boy, who chases her inside the house. Harper defends herself with a knife and a window breaks in the kitchen. Geoffrey arrives and finds that the window breaking was due to a crow flying into it, which he then euthanizes by breaking its neck.

As Geoffrey goes into the yard, he is replaced with the naked man, who chases her again. When he tries to reach her through the mail slot, Harper stabs him through the arm, but he manages to pull his arm free, the stuck knife ripping his arm in two. Both the boy and the vicar appear in the house, each of them now similarly injured. The vicar attempts to rape Harper, but she stabs him in the stomach and leaves the house.

While attempting to drive away, she runs over Geoffrey, who gets the upper hand and drives away with the car before he drives back around, chasing Harper down before crashing the car into a statue. The naked man approaches Harper, his ankle now severely broken, and gives birth to the young boy, who in turn gives birth to the vicar, then Geoffrey, and eventually James.

James and Harper sit on a couch inside and begin to reminisce. She asks him what he wants with her, he responds that he wants her love, which she appears to refuse.

Sometime later, Riley arrives and follows a blood trail to find Harper in the yard, smiling.