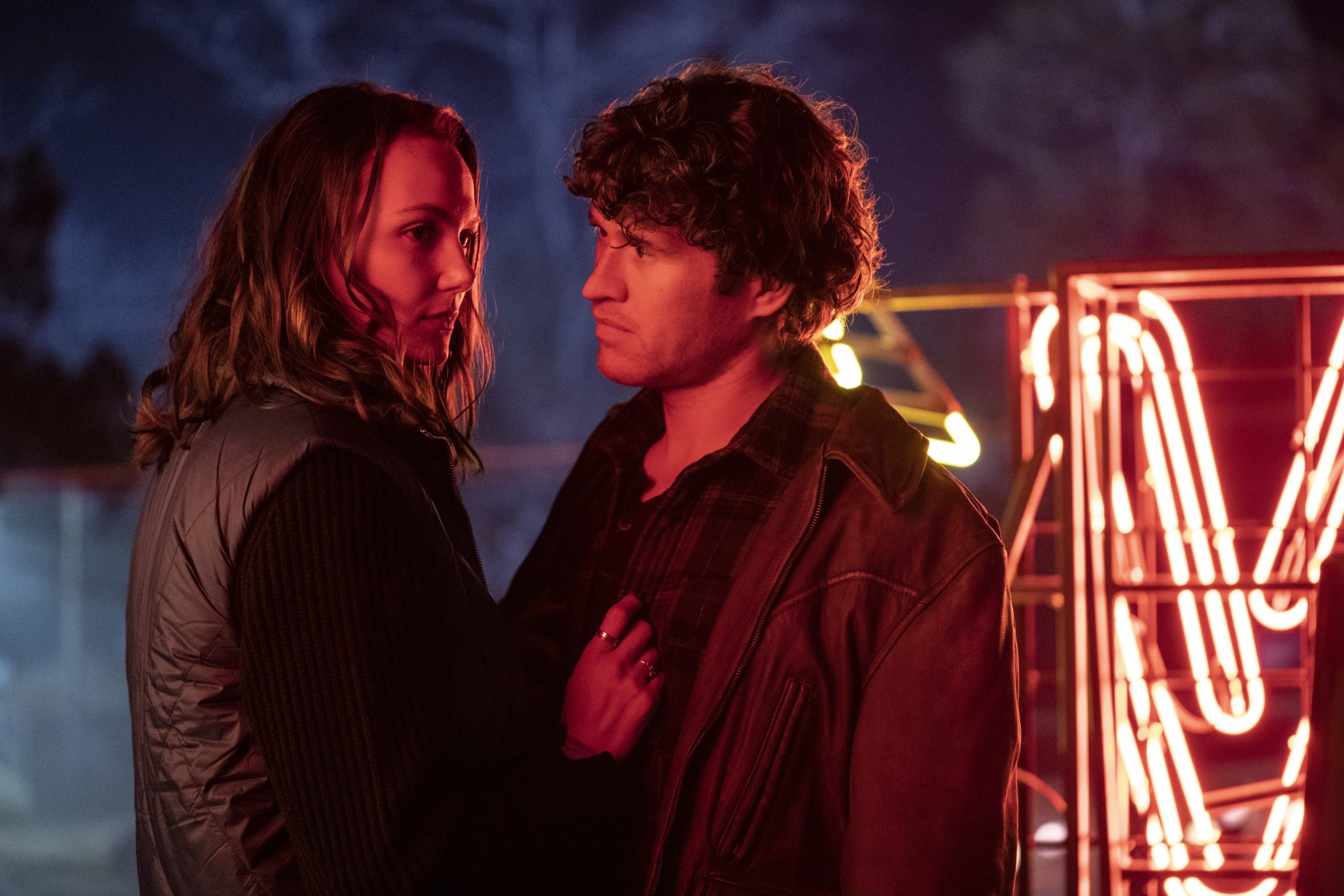 This is Laurie Strode’s last stand. After 45 years, the most acclaimed, revered horror franchise in film history reaches its epic, terrifying conclusion as Laurie Strode faces off for the last time against the embodiment of evil, Michael Myers, in a final confrontation unlike any captured on-screen before. Only one of them will survive.

On Halloween night in 2019, 21-year-old Corey Cunningham babysits a young boy named Jeremy, who pulls a prank on Corey by locking him inside the attic.

Just as Jeremy’s parents come home, Corey kicks the door open and accidentally knocks Jeremy over a staircase railing to his death.

Corey is accused of intentionally killing Jeremy but is cleared of manslaughter. Three years later, the town of Haddonfield, Illinois, is still reeling from the aftermath of Michael Myers’s latest killing spree in 2018,[a] while Michael has vanished.

Laurie Strode is writing a memoir, having bought a new house and living with Allyson, her granddaughter, who is now a nurse.

Meanwhile, Corey is working at his stepfather’s salvage yard.

On his way home one day, he is taunted by high school bullies and injures himself in the process.

An observing Laurie brings him to the doctor’s office where Allyson works.

Allyson and Corey develop a relationship and later attend a Halloween party, where Corey is confronted by Jeremy’s mother.

After having an argument with Allyson, Corey leaves the party and runs into the bullies, who throw him off a bridge.

He is dragged into the sewers and strangled by Michael, who eventually lets him go.

As he crawls out, Corey is threatened by a homeless man.

In a struggle, Corey stabs the man to death and flees. Corey seeks out Allyson to make amends, and the two go on a dinner date.

They are interrupted by Allyson’s ex-boyfriend, police officer Doug Mulaney, who harasses them both.

Corey later lures the cop into the sewer.

Allyson is passed over for a promotion at work, in favor of a fellow nurse who is having an affair with the doctor.

Later that night, Corey kills the doctor at his home while the nurse is killed by Michael.

An unknowing Allyson plans to leave Haddonfield with an insistent Corey because of the past trauma, while Laurie becomes increasingly suspicious of Corey.

After finding him sleeping in the spot where Jeremy died, Laurie offers to help him on the condition that he distances himself from Allyson.

Corey retorts by blaming her for the events that have occurred in Haddonfield and says if he cannot have Allyson, no one will. On October 31, Corey returns to the sewers and successfully fights Michael for his mask.

Meanwhile, Laurie and Allyson argue as she plans to leave, and Allyson, too, blames Laurie for Michael’s actions.

That night, Corey embarks on a rampage, murdering the bullies after luring them to the salvage yard, one of whom accidentally kills his stepfather.

He then goes on to kill his mother, as well as a DJ at a local radio station, who had taunted him earlier. At the Strode house, Laurie faux-attempts suicide to lure Corey to her, whom she shoots down the stairs.

Corey then stabs himself in the neck to frame Laurie for his death in front of the arriving Allyson.

A fight ensues in Laurie’s kitchen, and Laurie manages to pin Michael to the kitchen table.

After a struggle, Allyson arrives to help subdue and finally kill him by slicing his wrist.

Laurie and Allyson take his body to the salvage yard by police escort, attracting the residents of Haddonfield, who follow them in a procession, and dispose of it in an industrial shredder.

In the ensuing days, Allyson and Laurie reconcile, and Allyson leaves Haddonfield while Laurie finishes her memoir and rediscovers her romance with Deputy Hawkins.